The wait is finally over! Negative Capability is out today. Produced by Rob Ellis, Warren Ellis and Head, it features collaborations with Nick Cave, Ed Harcourt, and Mark Lanegan. Described as her “most honest album”, songs on Negative Capability deal with themes of love, death, as well as terrorism and loneliness. Faithfull also re-recorded three of the most notable songs of her career for the album: “As Tears Go By”, “It’s All Over Now, Baby Blue”, and “Witches’ Song. You can purchase the album in various formats including a deluxe edition, and vinyl here. 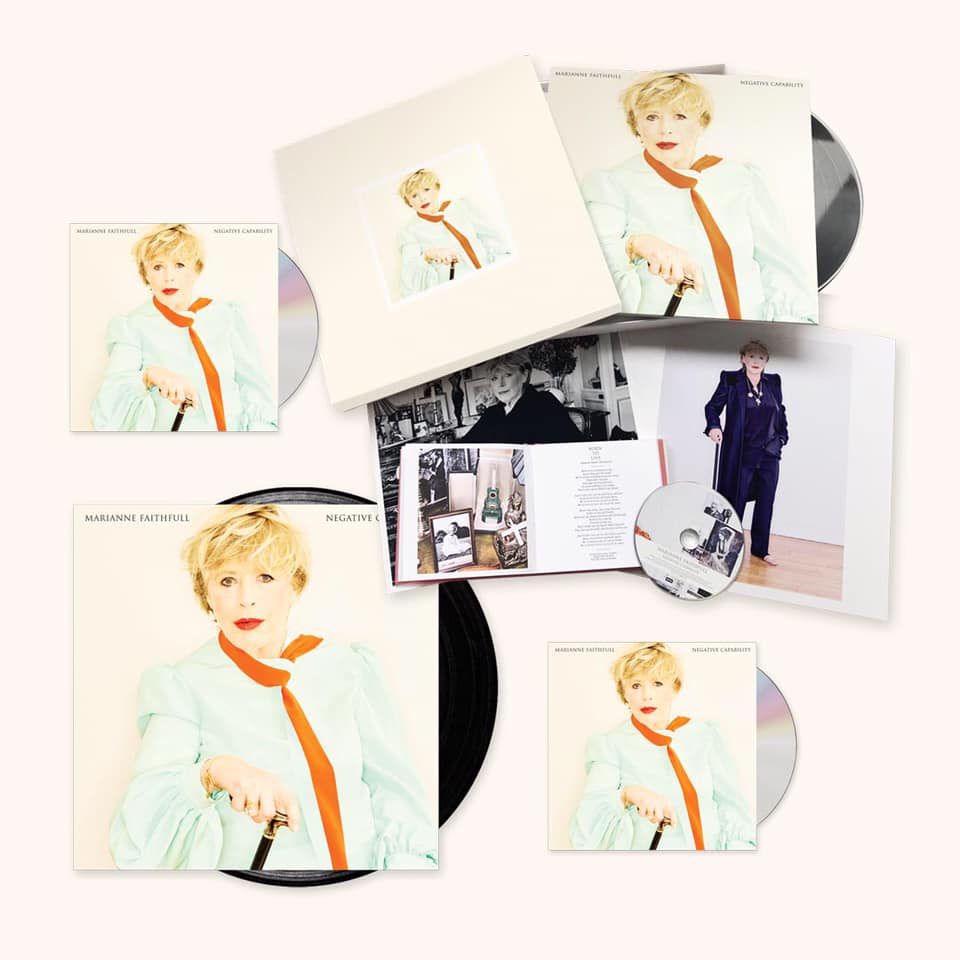