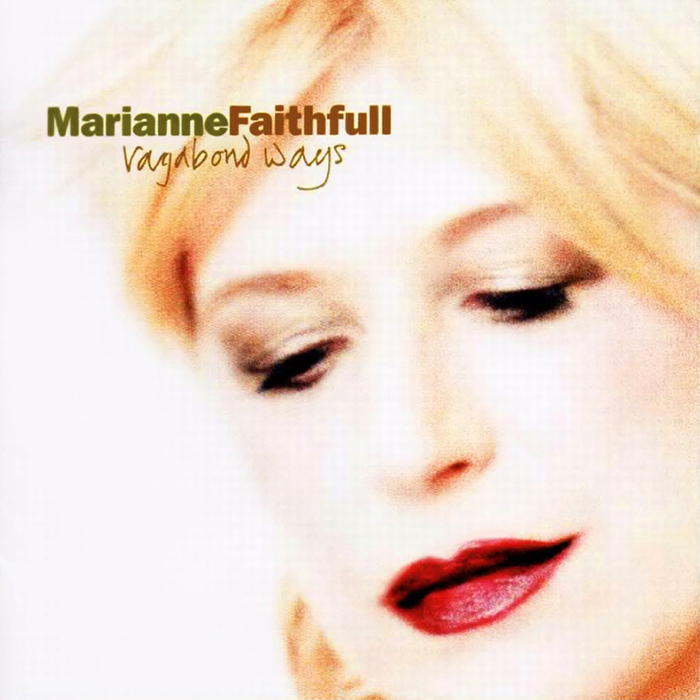 Vagabond Ways was Marianne’s first album containing original material after a 5 year gap; in between which her autobiography Faithfull was released, as well as her recording of the Kurt Weill opera The Seven Deadly Sins. Many of the stories told on this album were adapted from memories that didn’t make the biography, or her observations of social struggles she felt particularly moved by.

Other tracks include an interpretation Leonard Cohen’s ‘Tower of Song’, a track gifted to her from the Pink Floyd vaults by Roger Waters (‘Incarceration of a Flower Child’), and ‘For Wanting You’, written specially for Marianne by songwriting duo Elton John and Bernie Taupin.

It was also an album of firsts for Marianne, who at the time expressed that it displayed a level of self-acceptance she hadn’t explored before; that she had “nailed her colours to the mast”. It contains early examples of her overlaying poetry performance with music, something she recently explored to critically acclaim on the 2021 album with Warren Ellis, She Walks In Beauty. 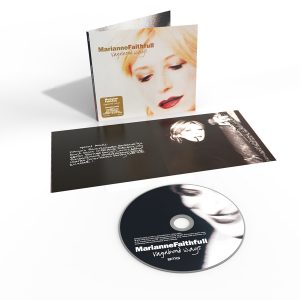 Originally recorded at Teatro Studios in California and produced by Mark Howard and Daniel Lanois, A deluxe edition issued by BMG includes a selection of previously unreleased bonus demos and an unheard studio recording, plus new liner notes. Bonus material on the new edition includes an unheard Marianne Faithfull and Daniel Lanois composition, ‘Drifting’, recorded at the time of the original sessions but left off the final album, as well as demo recordings of ‘Vagabond Ways’, ‘Incarceration of a Flower Child’, ‘Electra’, and ‘Tower of Song’. The reissue also includes ‘Blood In My Eyes’, included on a physical format for the first time outside of Japan.