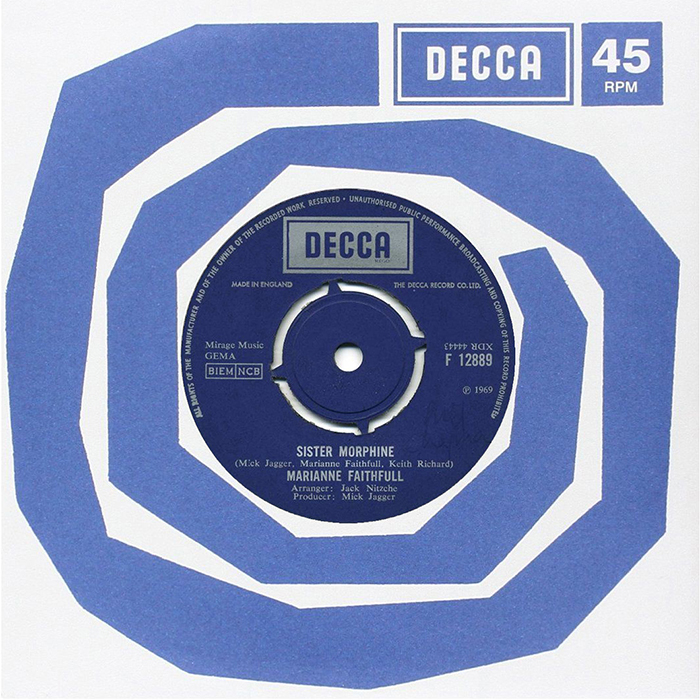 Marianne released the first version of ‘Sister Morphine’ as the b-side to her 1969 single ‘Something Better’ on Decca Records, 21 February 1969. A different version was released two years later by The Rolling Stones as a track on their 1971 album Sticky Fingers. In the U.K. this single was withdrawn due to the drug reference in the title, but in other countries the single remained on release. In some territories such as Holland, Italy and Japan, ‘Sister Morphine’ appeared on the A-side.
In addition, the French, US and Holland editions of the single actually featured alternate versions of both sides to the UK 7″ release. Personnel on the single are: Jagger on acoustic guitar, Ry Cooder on slide guitar and bass, Jack Nitzsche on piano and organ, and Charlie Watts on drums. The session was produced by Mick Jagger and arranged by Jack Nitzsche.