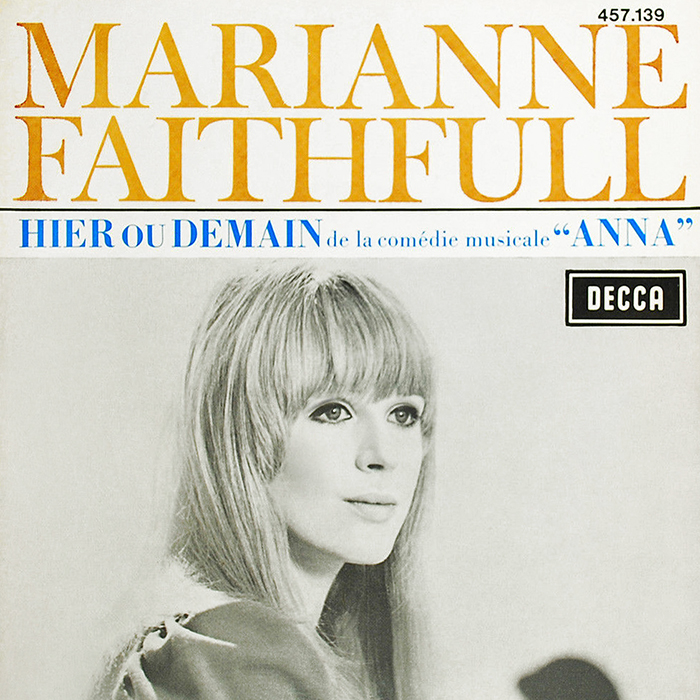 “Hier Ou Demain” was an original Serge Gainsbourg’s song written for Marianne for the musical film Anna, broadcast on French TV channel ORTF on 13th January 1967. The other tracks on the EP are from Marianne’s North Country Made album.