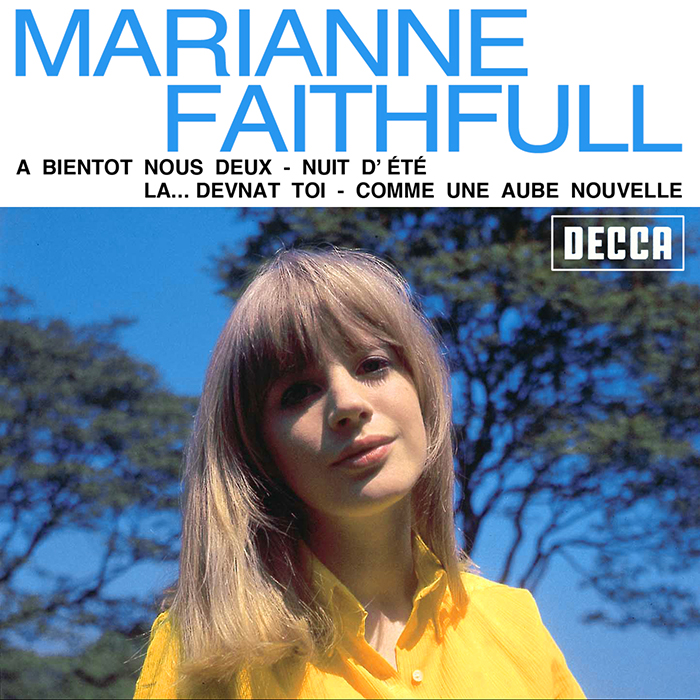 A French E.P. released in January 1966 that includes French language versions of songs Marianne had previously recorded in English – Side A: ‘He’ll Come Back to Me’ and ‘Summer Nights’ Side B: ‘Come and Stay With Me’ and ‘Morning Sun’