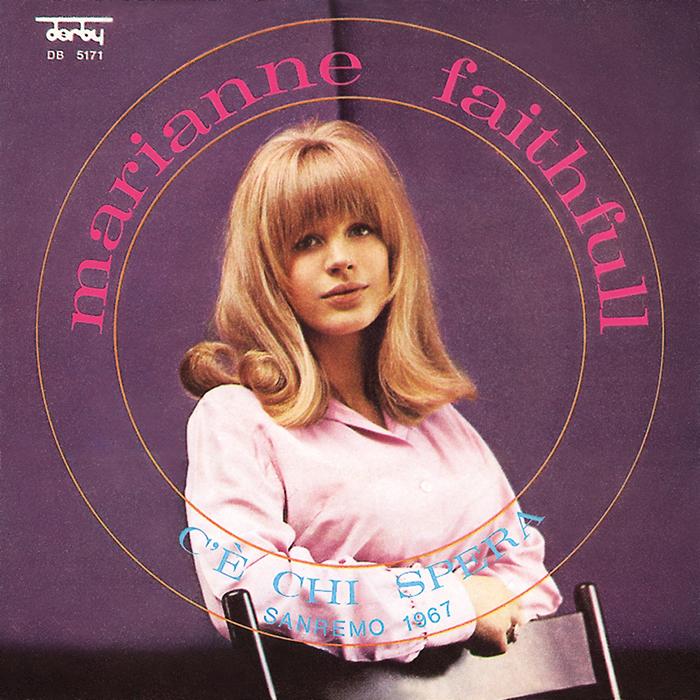 ‘C’è chi Spera’ is a single performed in Italian that was Marianne’s entry at the San Remo song festival in 1967. The B-side ‘Oh Look Around You’ was first released in the UK as the B-Side to ‘Yesterday’.