Marianne has kicked of her world tour celebrating her 50th Anniversary in music in support of her acclaimed new album Give My Love to London. More dates will be announced for 2015 but check our live page to see if Marianne is coming to a city near you. Read what the critics are saying so far…

Stuttgarter Zeitung, 12.10.14
“Faithfull’s amiable nature made the concert an almost intimate experience for the audience. Her new songs show that this timeless lady still has plenty to say.”

Saarbrücker Zeitung 14.10.14
“Her captivatingly dark voice and the excellent backing band of young musicians made it a magical evening.”

Schwarzwälder Bote 13.10.14
“The new song ‘Late Victorian Holocaust’ is the emotional epicenter of the evening.”

Luxembourger Wort 13.10.14
“Marianne has always remained “faithful” to her fans and to her image, effortlessly entertaining the crowds with her straight forward manner.” 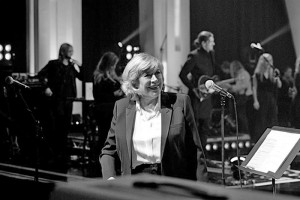