Marianne’s definitive album Broken English is reissued in a luxury package which includes the album version released in 1979, the original ‘lost’ rock mix of the album, and a selection of bonus tracks including single mixes and ‘Sister Morphine’ Marianne’s co-write with the Rolling Stones; a song she had first released back in 1969 but re-recorded for a special Island 20th Anniversary 7” and 12” release of ‘Broken English’. 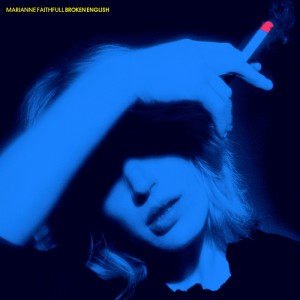 The package also includes the Derek Jarman short film of ‘Witches Song’, ‘The Ballad of Lucy Jordan’ and ‘Broken English’. Long before pop videos became a de-rigueur promotional tool, the film was initially shown in cinemas before the main feature, and it gets its first commercial release on this set. The short film was a bold original statement that perfectly matched the world Marianne had created in her songs. 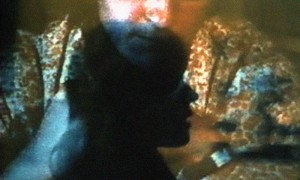 On its release in late ‘79 Broken English was an instant critical and commercial success bringing Marianne a new image, an international following, a Grammy nomination and the confidence to record more of her own compositions. There have been few comebacks as startling as this, few records as unexpected as this… “I thought I was going to die, that this was my last chance to make a record. It’s this sense, that “fucking hell, before I die, I’m going to show you bastards who I am.”